Home » News » Is a ceasefire near in the climate culture war – or is it about to go nuclear?

Is a ceasefire near in the climate culture war – or is it about to go nuclear? 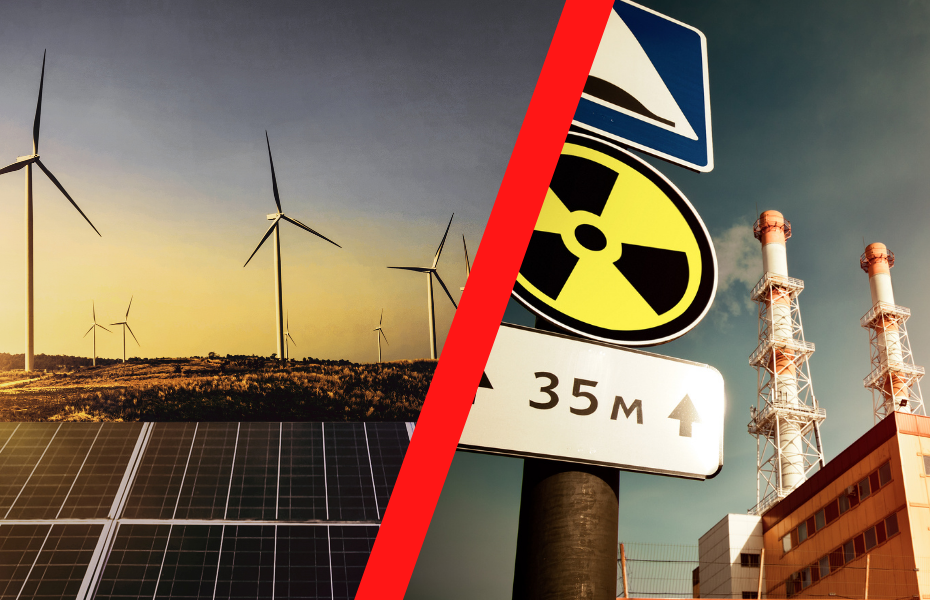 Action on climate change has been the subject of a culture war in Australia for more than a decade. With the Morrison government ready to commit to net-zero carbon Emissions by 2050, does this mark the end of the climate culture war – or will it just move to a new front? Simon Corrigan argues a pragmatic, principled approach would best serve Australia’s national interest.

When Al Gore toured Australia with his 2007 An Inconvenient Truth presentation, it seemed like the whole nation was waking up to the dangers of climate change, which became a central issue in the federal election due later that year.

A key plank of Kevin Rudd’s 2007 election campaign included positioning Labor as the party of climate reform and committing to an Emissions Trading Scheme (ETS).

What seems difficult to grasp now is that there was no huge policy gap between the major parties. Both parties entered the 2007 election campaign publicly committed to action on climate change through a market-based approach. While the Coalition government didn’t outright commit to an ETS, then Prime Minister Howard did establish a team within Treasury to examine the design of a potential market-based system.

Rudd went on to win the election in a landslide, and his first official act in December 2007 was to ratify the Kyoto Protocol to a standing ovation from the global delegates at the Bali Climate Change Conference. Work also started immediately on the proposed ETS, planned to be in place by 2010. There was a real sense that Australia could be a global leader in climate policy.

Of course, Bali turned out to be the high-water mark in Australian climate politics. As in other policy areas, Rudd proved unable to deliver against the enormous public expectations he set and could not get an ETS through parliament, despite progressively weakening the proposed approach to being almost ineffectual.

This debate did achieve a hardening of the right-wing position within the Coalition, which ultimately cost climate-progressive opposition leader Malcolm Turnbull his job; and indeed contributed to the Labor caucus dumping Kevin Rudd in June 2010.

During the 2010 election campaign, new Prime Minister Julia Gillard told Australians, “There will be no carbon tax under the government I lead”, a commitment she soon broke. After failing to secure a majority, Gillard formed a minority government with the support of the Greens. This support hinged on a negotiated commitment to introduce a fixed-price carbon tax, later transitioning to a floating-price ETS.

Opposition Leader Tony Abbott savaged Gillard, and support for her government and climate action fell away within the Australian community. In 2013, just six years after Kevin Rudd won an election promising to introduce an ETS, Tony Abbot won a resounding victory committing to abolish one.

After some significant skirmishes, this marked the full outbreak of the climate culture wars. Climate policy debates had cost the jobs of three party leaders, and action on climate change had become a matter of ideology rather than science or economics. Climate action had moved from a winning campaign issue to become the ‘third rail’ of Australian politics – that no politician would dare touch.

The Lowy Institute tracked this change in public perception through their annual Climate Poll, which shows public support for climate action falling from 68 per cent in 2006 to a low of 36 per cent in 2012.

However, the data also shows gradually increasing support for climate action since 2012, and in 2021 support has returned to 2008 levels at 60 per cent.

Once again, climate change has become a significant issue for a Coalition government, with Prime Minister Scott Morrison securing support from the National Party to commit to reaching net-zero carbon emissions by 2050 at the Glasgow Climate Change Conference.

A significant difference this time around is that much of the call to action is coming not just from traditionally left-wing environmental activists but some of Australia’s wealthiest corporations and individuals.

The Australian Council of Superannuation Investors (ACSI) reports that 49 ASX 200 companies are now committed to reaching net-zero carbon emissions by 2050. Notably, this has more than tripled in the past year, up from 14 in 2020. The list includes such household names as BHP, Rio Tinto, ADBRI, Fortescue Metals, Ampol, Origin Energy, AGL, Transurban and Wesfarmers.

One could ascribe this support to growing enlightenment in corporate Australia, but the more pragmatic may decide that financial self-interest is a more significant driver.

McKinsey & Company report that companies worldwide are committing to long term reductions in greenhouse gas emissions as part of their environmental, social and governance agenda demanded by their customers, investors, and a growing number of global governments.

Investors are increasingly channelling funds to fight climate change. Between 2012 and 2018, investments in sustainable assets grew by 15 per cent a year, accounting for 11 per cent of professionally managed assets by 2018. In January, the world’s largest asset manager BlackRock asked all companies in which they held equity to explain how they will reach net-zero emissions by 2050.

Irrespective of Australian regulation, globally exposed companies are seeing increased regulatory pressure. The European Union (EU) has outlined plans to introduce a cross-border carbon tax from 2026, meaning the bloc will tax emissions produced by any goods exported to the EU at an equivalent rate to the EU carbon price (hovering around A$90 / tonne). Japan, Canada and the US are working on similar plans.

A strong sign of this shift is the growing stature of billionaire Andrew Forrest as a climate activist. He has committed to net-zero across the traditionally carbon-intensive steel supply chain fed by Fortescue Metals iron ore. Importantly he is also exploring significant decarbonisation business opportunities through investments in hydrogen and other renewable energy sources.

Watch for the wedge

It could be that all this renewed fervour represents the beginning of a truce in the Australian climate culture wars. The conservative side of Australian politics increasingly recognises the need for action, while business is rapidly planning to survive and thrive in a changing regulatory environment – and take advantage of the opportunities that arise.

However, it would be foolish to call a ceasefire too early.

At the time of writing, we don’t know the details of the Coalition’s path to net-zero, nor all the concessions made to the National Party. However, we can be confident that a government trailing in the polls will look for any opportunity to put the pressure back on Labor.

Australia is one of the only developed nations with a legislative ban on nuclear power generation. It seems likely that the Morrison Government may seek to lift this ban as part of its net-zero commitment.

Countries like France and the UK see nuclear power as a critical component of meeting their emissions targets. Nuclear power certainly has some attraction, with substantially lower carbon emissions than fossil fuels, while providing a reliable source of baseload electricity. However, there are real questions about whether nuclear power will ever make economic sense in Australia. Nuclear power stations remain incredibly expensive to build, while the costs of renewables and storage continue to fall – particularly with Australia’s natural advantages in wind and solar generation.

Irrespective of economics, the politics of nuclear power may prove alluring. Opposition to nuclear power has been gradually softening amongst Australian voters, with most recent polling showing more Australians support nuclear power than oppose it. In September, an Essential poll commissioned by The Guardian showed 48 per cent of voters supporting nuclear power, with 24 per cent opposed.

Fresh from a nuclear submarine deal with the US and UK, the Morrison Government may decide nuclear power is a perfect issue to wedge Labor, given the strong split within the party on this issue. While some in Labor’s right faction hold an open mind on nuclear power, large parts of Labor’s left still carry the fervour of the anti-nuclear movement of the seventies and eighties.

There must undoubtedly be a political attraction within the Morrison Government to watching internal Labor brawls on nuclear power while the Prime Minister is committing to climate action on the global stage.

While a debate on the regulation of nuclear power may have value, it should be dealt with separately and is more likely to distract from good climate policy than contribute to it.

Avoiding such distractions would best serve Australia’s public debate and economic interests. Instead, we should stick to a principled approach that:

A clear, pragmatic and principled approach will best enable Australian businesses to continue their leadership role in climate adaptation and potentially bring a timely ceasefire to the climate culture war that has loomed over Australian politics for the last decade.